"People sometimes ask me when I'll retire.
Retire from what?
I love what I do."

Building a Business in College

In his junior year in college (1961), Sam started an apartment management business. Three years later, he bought his first building while attending law school. He was 24 when he graduated law school and had made about $150,000 that year (an income of about $1.1 million today).

Sam returned to Chicago after law school, and after a four-day stint as an attorney, returned to investing. He founded the predecessor to Equity Group Investments (EGI) in 1968. A year later, he brought Bob Lurie into the firm as a partner. A former fraternity brother from U-M, Bob had worked for Sam in his apartment management company. Together they grew EGI into an investment firm that spanned industries and owned and managed billions of dollars of assets.

In 1973, Sam foresaw a commercial real estate crash while the market was still peaking. Despite admonishments from peers, he stopped buying assets, started accumulating capital, and established a property management firm to focus on distressed assets.

“It was the biggest risk of my career to date,” said Sam, “and hard to leave the room while everyone was still at the party.” But less than one year later, in 1974, the market crashed. Overnight, Sam was buying assets at 50 cents on the dollar.

Around that time he wrote an article called “The Grave Dancer.” His use of the moniker was meant somewhat facetiously — he wasn’t so much dancing on graves as he was raising the dead, but the nickname stuck. 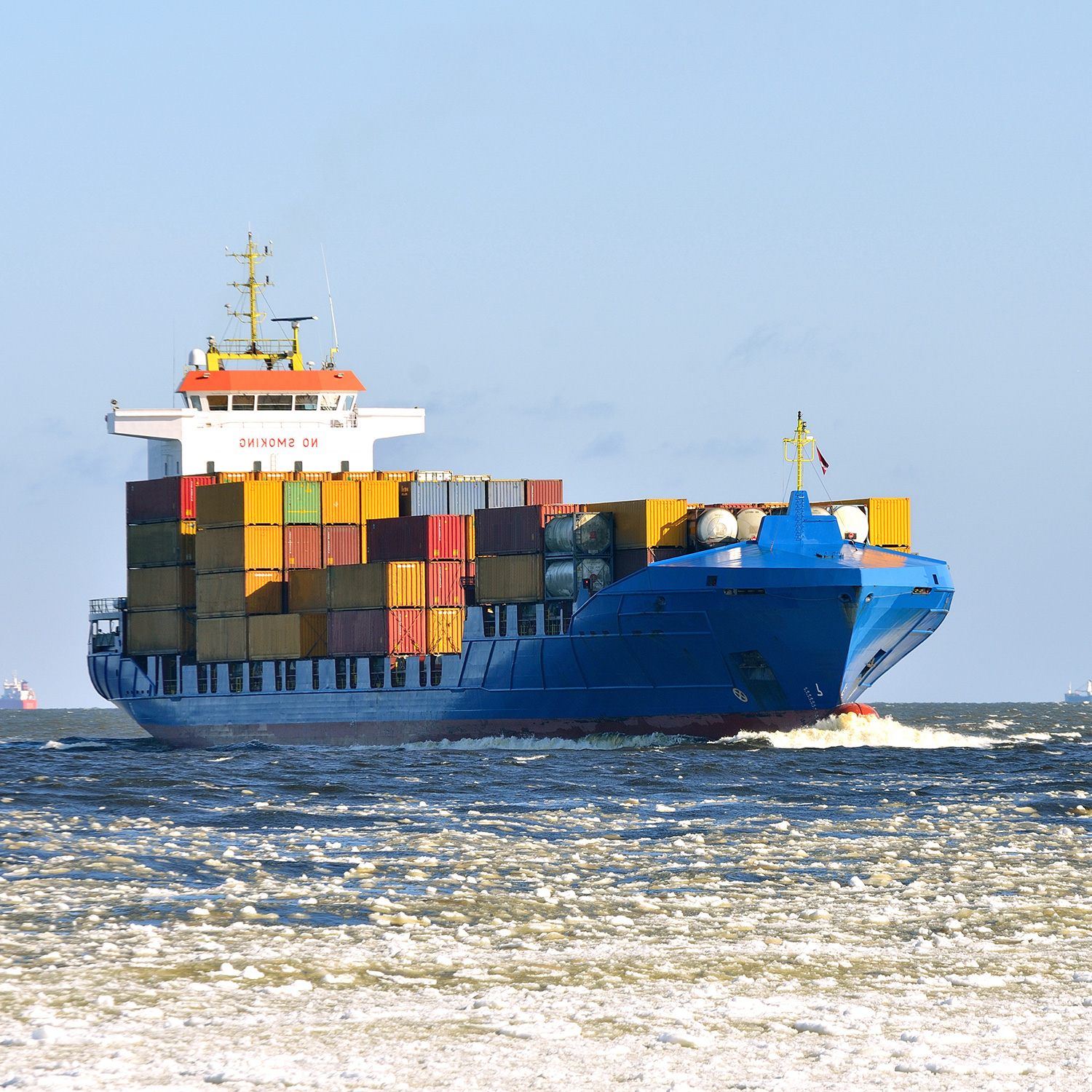 In 1980, Sam and Bob decided to diversify EGI’s investment portfolio to include 50 percent non-real estate assets within a decade. Among other opportunities, they targeted companies with large NOL assets. EGI acquired two NOL companies that decade — Great American Management and Investment (GAMI) and Itel. GAMI was turned into a diversified holding conglomerate of dull-tech companies. Itel eventually transitioned into Anixter International, a wire and cable distribution company. Today Anixter is one of the largest companies in its sector in the world with revenues more than $6 billion.

In the mid-80s, Sam saw another, deeper and more systemic real estate crash looming so he approached Merrill Lynch to begin a series of distressed real estate funds. By the early 90s it proved to be the worst industry crash since the Great Depression. 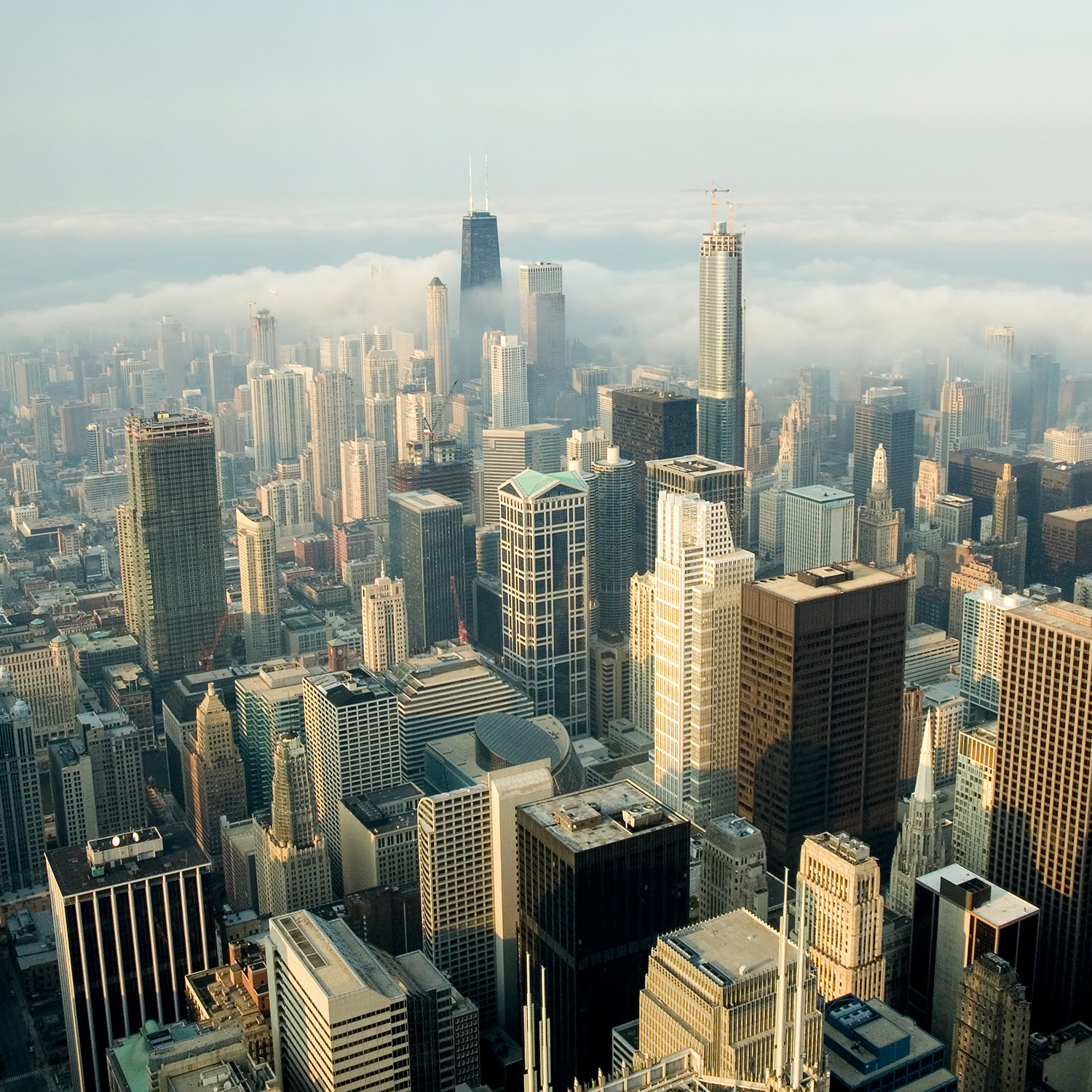 In 1990, when he was 48, Bob was lost to cancer. He was survived by his wife and six children. At the time, Bob was president of EGI and GAMI. He was also part owner and member of the board of directors of both the Chicago Bulls and the Chicago White Sox. His wife, Ann Lurie, has led a major philanthropic effort that reflects the couple's mutual goal to bring hundreds of millions of dollars to a broad spectrum of causes, including The Ann & Robert H. Lurie Children’s Hospital of Chicago.

Further, Bob’s love of learning and achievement are reflected in the University of Michigan’s Zell/Lurie Entrepreneurial Center, and in the University of Pennsylvania’s Zell/Lurie Real Estate Center at Wharton. His influence can also still be felt in the culture he and Sam created at EGI — in its passion for challenge and in its open-door environment, where people say what they mean and care about one another.

And, of course, Bob can still always be found in Sam’s stories.

“Bob was the closest friend and the only business partner I would ever have. He was incisive, introspective, and quirky, with a self-deprecating sense of humor and insatiable intellectual curiosity. There have been many times over the years that I’ve wished I could talk to him. I'd want to show him what we’ve created here. I know he’d be proud.”

Sam raised $1 billion for the Zell/Chilmark Fund and completed four Zell/Merrill real estate funds totaling over $2 billion, in just equity. He also found another significant NOL deal (much like GAMI and Itel) with Danielson Holding Corporation. He ended up focusing Danielson around one investment, Covanta, an energy-from-waste company. Today it is a global leader in the industry, and Sam still serves as Chairman.

Sam also led seven IPOs raising about $2 billion in the 1990s — in manufacturing, travel, hardware, and real estate. Among them were Equity LifeStyle Properties (ELS), Equity Residential (EQR), and Equity Office Properties (EOP), which included his private assets and internal EGI staff acquired during the prior two decades. Each of these REITs grew to be the largest in their respective sectors. Sam served the industry as a leader and aggressive advocate for corporate governance in real estate, an effort that earned him the reputation as a founding father of the modern REIT era.

Finally, in 1999, Sam founded Equity International, the private investment firm that would focus on real estate in emerging markets. The scale of opportunity in the 1990s took EGI to a whole new level.

In 2007, Sam sold Equity Office to Blackstone for $39 billion in the largest transaction to date at the time. He had built the company from scratch, taken it public 10 years earlier, and grown it to be the largest real estate company in the country. The sale marked the top of the market right before the Great Recession. But Sam did not emerge unscathed from the financial crisis. His agreement to steward the employee buyout of Tribune Company, which went bankrupt a year later, tempered the high of founding and growing Equity Office. 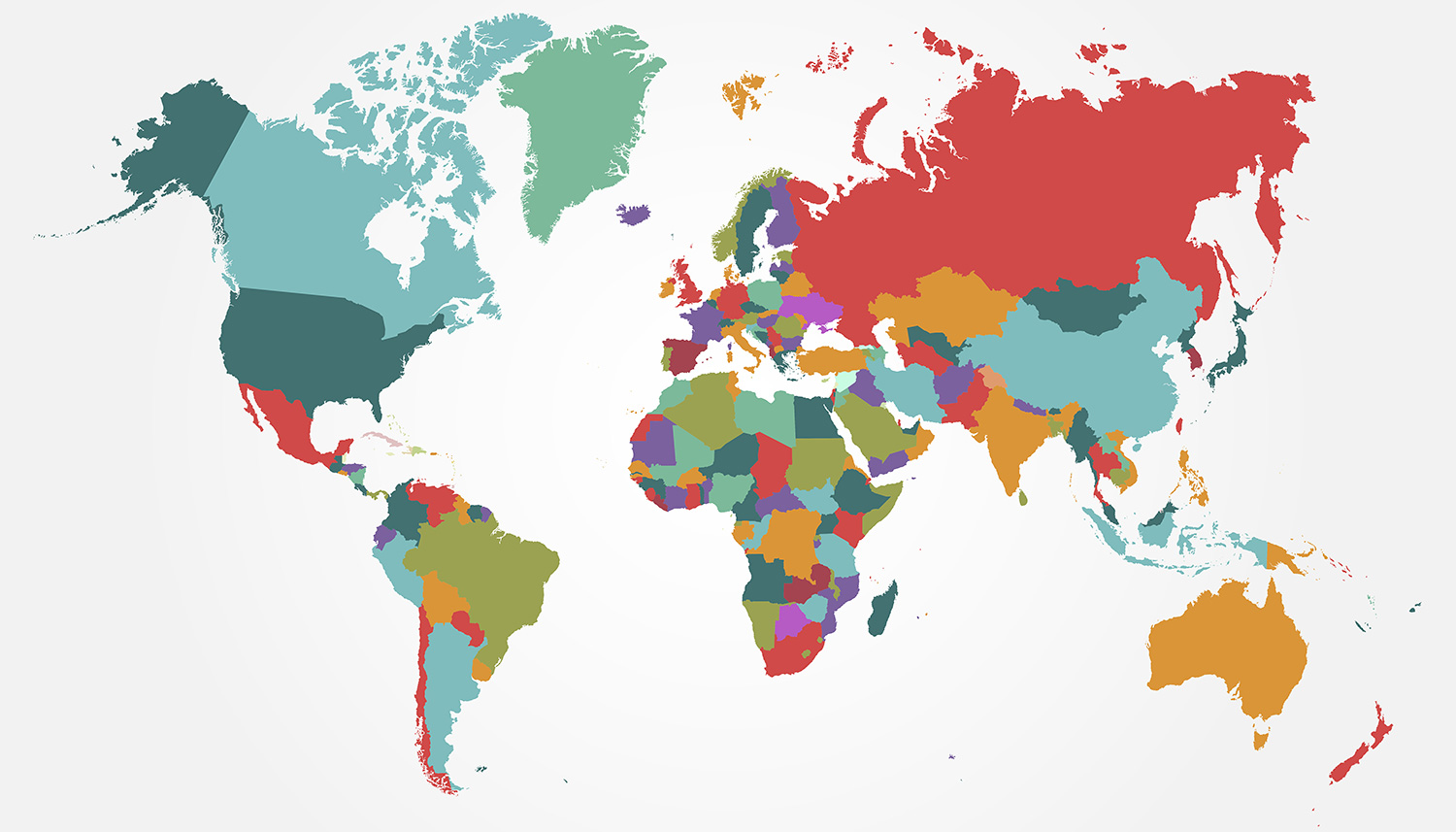 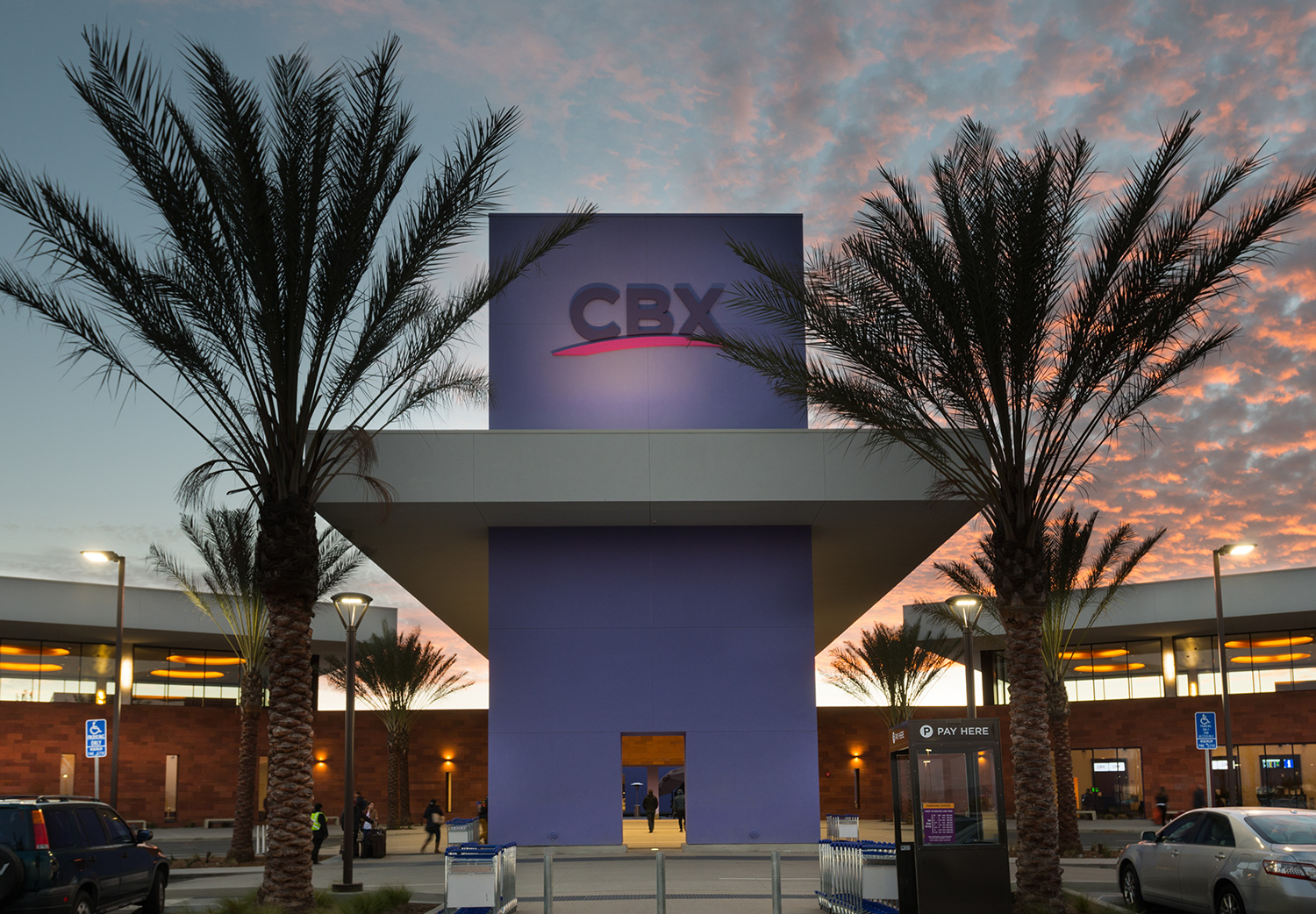 Through Equity International, Sam brought his focus on corporate governance to the emerging markets. He sponsored the IPOs of three Latin American companies: Homex, Gafisa, and BR Malls. The first two were listed on the NYSE in 2004 and 2007, respectively, and were the first Mexican and Brazilian real estate companies to be listed on the exchange.

Sam also partnered with Mexican investors to sponsor the first bi-national airport in the U.S. After eight years of federal, state, and local agency education and permitting, the Cross Border Xpress opened. The project features a terminal in southernmost San Diego with a pedestrian bridge across the border that connects directly into the Tijuana International Airport.

Sam continues to be a professional opportunist. The most definable thing about his strategy is that it is always evolving, but the fundamentals that underlie it have remained the same for decades.

He continues to lead EGI deeper into some industries, like energy in the wake of the shale revolution with Par Pacific Holdings, as well as expand further into others, like healthcare with Ardent Health Partners. In 2014, his reputation for strong corporate governance attracted an invitation from shareholders of an externally managed REIT to take over the company. He now chairs the renamed REIT, Equity Commonwealth.

Sam serves on four NYSE-company boards, as well as EGI and Equity International. He is also the lead strategist for myriad companies in which he has an influential ownership interest.